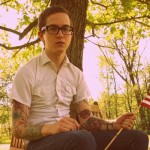 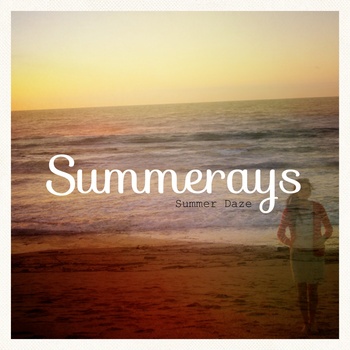 Bright surf-guitar discovers a fine friend in elements of Japanese folk music with Summerays’ debut LP Summer Daze. Summer Daze begins and ends with the found sounds of the ocean scrubbing the shore, gulls cawing. But Summerays’ music would be incomplete and somewhat esoteric if summer days by the ocean were all songwriter Luke Teeters had. Thankfully, Teeters has his sincerity and Cleveland. Reality leaves him vulnerable to winter allowing some of his minor-keyed and chillier songs to emerge into universal and musically comprehensive offerings despite the surf genre he pins himself to.

“Sunshine” begins with a “One Way Or Another-”esque riff but smooths out it’s blonde highlights with Sex Wax when surf-guitar and harmony infuse, creating a gracefully downtrodden ocean with the salty rim of stagger-stalk punk.

Teeters’ vocals can be snotty at times recalling the tortured head-cold foaminess of  Girls’ Christopher Owens. Sometimes he is genuinely passionate and innocent, surrounded by music that causes his voice to tether into introspection and even a hint of pain.

“Out of Sight, Out of Mind” and “My Eyes Are Glued” cleverly develop oft-used nursery rhymes and storybook sayings into fodder for grown-up affections. “Out of Sight” blooms into a sing-along with a twist when it’s whistle-laden and clap-infused chorus globalizes punk posturing, causing phrases we’ve seen before to take on forms that we haven’t.

But Summerays is at its best on Summer Daze when the tempo cools down. The arguably most stripped track on the album “Lakewood” grips with a Replacements-esque guitar. Teeters discusses the weather changing and the passage of time; if there is anyone with Seasonal Affective Disorder, Teeters is it’s spokesman. Winter months or the recollection of them, might not be the sweetest of times, but his genuine conversation with the listener here cannot be denied. Without pretense, he offers his disquietude. And we hit repeat.

The lovely “Without You” features Andreanna Wilson. Teeters and Wilson shape-shift to-and-fro in subdued harmonies and drift together in perfect beach-fuzz bliss. The title track carries out the riff slowly, unraveling the beauty of building, layering and repeating.

Though some of the lyrics are simple and concepts can be very niche-geared, those of us who are not surfers can rest in the explosive sunshine in Summer Daze‘s ten tracks and feel very much at home. Summer Daze proves that surf culture emotion is something that is universally understood. Teeters teaches us that surfing is as human as getting up in the morning, and Summer Daze is an important, gleaming, youthful contribution and it’s worth extends far beyond the surface image that often accompanies specific genres.

Stream the Summer Daze below, and buy(name your price) it here.